First Energy Set To Cause Rate Increases For Ohio Consumers; Solar Energy Is A Financial Hedge

News recently came out that First Energy Corp. and the Northeast Ohio Public Energy Council (NOPEC) could not come to terms of a renegotiated deal to supply power to NOPECs 500,000 customers. Customers that First Energy Corp. currently serves will not lose power, however, they will have to choose a new electricity supplier starting on January 1st. It recently was announced that NextEra Energy Services Ohio will be the new energy supplier. Customers are set to lose discounted energy prices of 6 percent for consumers and 4 percent for small businesses. 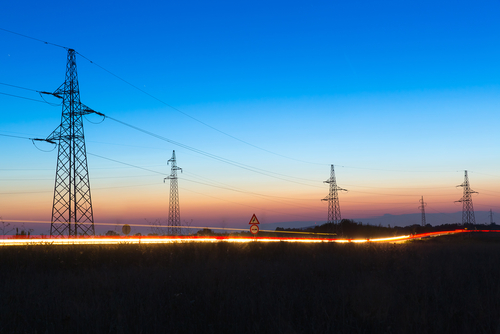 First Energy's future is at stake, as “The Akron-based power company must improve its financial position and maintain its credit rating, or risk deeper trouble, including the sale of the company during a period of consolidation in the utility industry. That is what drove its recent request for subsidies via the Public Utilities Commission of Ohio.”

They asked the Public Utilities Commission of Ohio for a special rate rider which would have passed on $400 million of costs onto their existing customers. PUCO responded with a $200 million offer which included increased rate fees for consumers as well as special tax credits. First Energy is trying to avoid a credit rating downgrade on their debt which would make financing their company's operations more costly. The company, which is headquartered in Akron employs more than 1,300 people in Akron and is the city's second-largest employer. A downgraded credit rating would possibly put jobs in jeopardy and seriously hamper the Northeast Ohio economy.

First Energy has existed as an energy generation company as well as an energy aggregator. They maintain power generating facilities including coal, natural gas, and nuclear. They announced that they could sell off as many as 13 power plants, including three nuclear plants. They also announced that they would start to lobby Ohio lawmakers and regulators to move its power plants back under regulation where they would have consumer rates set by the state instead of by a competitive

Why is this relevant to potential solar customers?

Electricity prices have risen across the United States at a rate of around 4% per year over the last 10 years. Meanwhile the cost of solar has continued to decrease in price by around 3% per year over the last few years. For First Energy's customers, it is estimated that a rate increase will be in order. According to First Energy's CEO Chuck Jones, “As for customers, Jones said they likely won’t see any increases in their electric bills until sometime early in 2017. The average home, using 750 kilowatt-hours of power each month, will see its bill go up by about $3 per month, FirstEnergy and the PUCO estimate.”

The competitive nature of utility aggregators who offer both supply and transmissions is changing. The cost of a new gas-fired power plant can be exorbitant and take decades to pay back. This cost will be passed on to the consumer over the course of time. It is standard practice that utilities buy power from multiple sources, coordinate the distribution over the power grid and then negotiate with the customer on the open market.

The fact of the matter is that natural gas prices are expected to rise by 20% in 2017. The EIA predicts, “...gas costs for power generation will rise from $3.02/MMBtu to $3.61/MMBtu, and retail residential power prices will be strongest hit.” Natural gas is increasingly providing a higher percentage of US electrical usage. Currently natural gas makes up around 30% of our electrical generation, and could rise to 45% to 50% of the country's generation. Rising prices for natural gas will invariably be passed on to the consumer, making solar a better option for energy independence.

First Energy's financial troubles are one signal in a larger trend of higher utility prices hitting consumers over the course of time. Right now Ohio's electricity prices are right in line with average for the country as a whole. As electricity prices rise, the best way to hedge against higher fees is to produce your energy yourself, locking in an affordable, lower rate, and avoid dealing with the utility companies in the first place.

A great swath of consumers in Ohio are affected by large utility financial troubles. First Energy's decision to seek regulated rates is further proof that in times of financial trouble, unregulated markets are not necessarily best for consumers. The best solution to rising prices is an independent way to generate electricity.