Ohio Solar Momentum is Good For Everyone 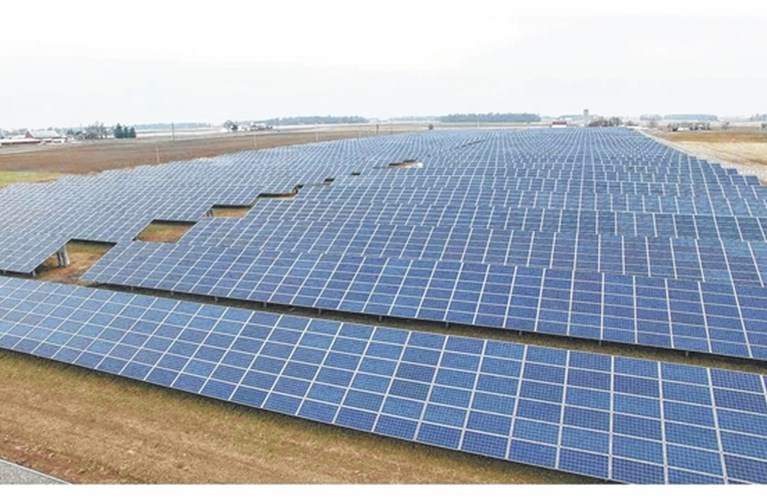 Momentum is key in changing habits and culture. Solar energy has become increasingly popular in more obvious places like Arizona and California, where there has been at least a decade of momentum. When more systems are installed, everyone comes to recognize the value whether the installation might be a smaller rooftop solar system or a ground mounted solar system. Homeowners in Ohio can benefit just as in California, too. We have shown in the past where data driven studies have proven a solar energy system can improve both the sales price of your home and the appraised value. So now is a good time to look at some signs of solar leadership in Ohio since that activity makes every residential system more valuable.

Recently, two Ohio communities and their local utilities have been recognized as national solar leaders. A solar non-profit focused on research, education, and collaboration completed its ninth survey of over 300 utilities. SEPA, or the Smart Electric Power Alliance (formerly the Solar Electric Power Alliance), recently published its 2015 Market Snapshot. It is one in a series of utility rankings based on total installed solar capacity and the installed solar capacity per customer. The study looks at both the 2015 new installations and the total capacity installed since 2007.

The Village of Minster, Ohio, was the #1 utility for capacity per customer. Equally impressive, the village also received recognition from Green Energy Ohio (GEO), a not-for-profit organization dedicated to promoting environmentally and economically sustainable energy policies and practices in Ohio. GEO named Minster its Ohio Clean Energy Community of 2015.

These awards are based on the community’s dedication and their innovation. Challenged by the uncertainty created by the 2014 postponement of the Ohio renewable portfolio standard, the village and its solar partners decided to install a reasonably sized solar array as well as a novel energy storage system. Here are some of the details:

This well-planned and engineered investment gives the village and its residents a number of advantages and benefits:

The power from the systems goes directly into the village’s electric grid, to be used by the local residents.

This local power significantly eliminates the transmissions cost for all the energy the residents do not need to buy from afar.

The village signed a 25 year Power Purchase Agreement (PPA). This locks in the lower rates for all of the solar power, and to date the village has seen an approximately 2.5MW drop in transmission grid demand – or power purchased from another utility.

The combination of the solar field and the energy storage system saved the town $200,000 it would otherwise have spent on needed upgrades for power quality for the community.

A huge selling point for the community was the use of local professionals for over 85% of the project effort.

The benefits continue to add up as well. The entire community has been involved with the project from village administrations to local schools. Already there have been classroom sessions for elementary students followed by field trips. The village authority has promised to be transparent. The savings each costumer can receive will be reflected in the village's power cost adjuster, shown on the back of each customer's utility bill.

Other Communities Are Active

SEPA also recognized the Village of Carey, Ohio, Carey has perhaps been a leader in Ohio for over a century, by being a Public Power community. The village has owned and operated its own electric utility since 1909. Some of the details about the Village of Carey and their solar work:

SEPA assesed the 1,352 watts per customer the village delivers from a solar farm as the #4 in the nation for capacity per customer. This puts the village next in line behind the much larger and progressive city of Palo Alto, CA.

The 2 MW solar energy system is located on village property adjacent to Waterworks Park on Carey’s west side.

The city reports the system has generated over 650 megawatt-hours in total since the December 29, 2014 connection to the distribution system.

Encouragement for homeowners and small business owners comes from increased community activity such as in Lorain and Delaware, Ohio. We reported earlier about plans to create more solar cooperatives to help interested homeowners to get information and to save money while becoming energy independent.

Other Utilities Are in the Game

While Ohio still has a way to go to catch up to states like California or New Jersey, signs are that utillities operating in the state will signficantly increase their solar energy system work.

Most prominently, AEP Ohio has received final support from the Public Utilities Commission of Ohio (PUCO) for their expanded PPA for all service. AEP Ohio serves 1.5 million customers in central, southern and northwestern Ohio, so their activity has a bing impact on the state at large. Although more details will become clearer as the utility moves forward, a key part of the agreement is their committment to developing 900 megawatts of new,renewable energy within 5 years. The plan calls for both wind and solar energy systems, and it is fair to assume a large portion will come from solar.

Everyone benefits from the momentum of solar energy activity across the country as well as in each state and local community. A solar investment must pay for itself, and the savings from energy independence is key. But as solar becomes more common in Ohio, not only may costs come down, but value will go up. The more capacity the state adds, the more value all residents will see. The momentum will make it easier for real estate appraisers and home buyers alike to assign more value. Rest assured that should you decide to invest today, your benefits will increase tomorrow.