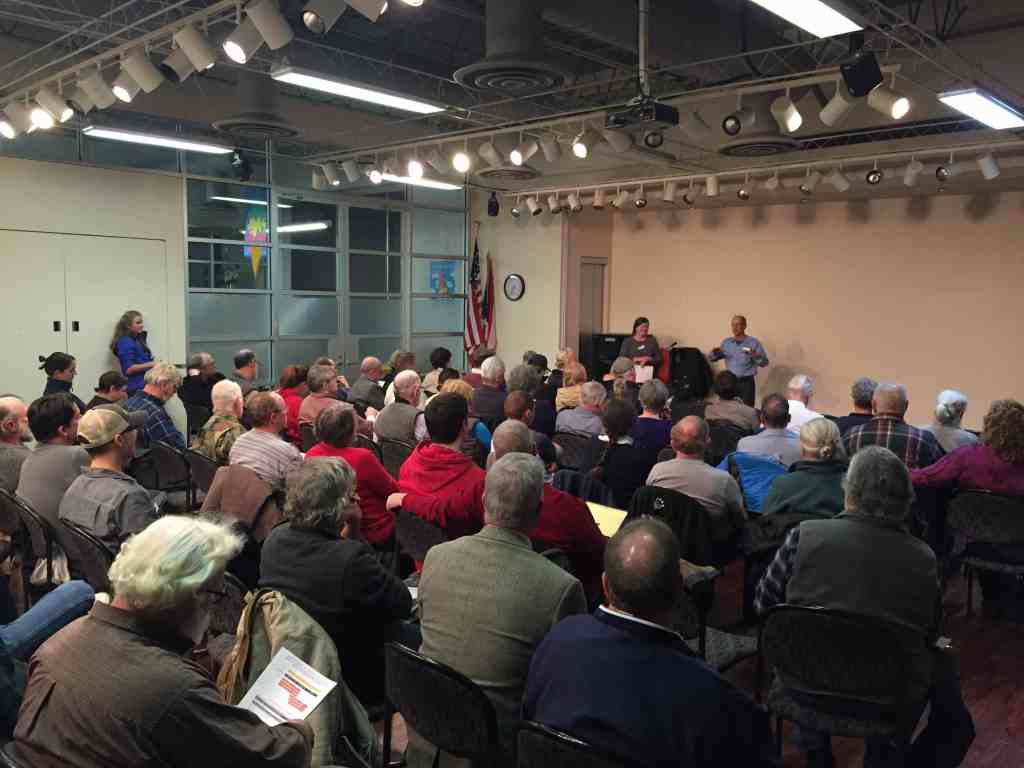 The co-operative model - in which a group of people join together to address their common needs - is a social tradition that has been around for centuries, dating back to the Fenwick Weavers’ Society in 1760’s Scotland. However, in recent years, solar energy customers across the nation have begun to band together in order to employ these same principles. By organizing as a collective bloc, consumers have been able to accelerate the process, and reduce the cost, of buying and installing household solar panels.

Earlier this year, residents of the small Ohio city of Oberlin began forming the Oberlin People’s Energy Cooperative, the first solar co-op in Lorain County. This organization will partner with the non-profit Ohio Solar United Neighborhoods (OHSUN), which operates under the umbrella of the Community Power Network (CPN). CPN is a national collection of grassroots organizations, like OHSUN, that are dedicated to promoting and helping to build local renewable energy projects.

Carl McDaniel, chair of the Oberlin People’s Energy Cooperative (unfortunately, and therefore rarely abbreviated OPEC), already lives in an extremely efficient and sustainable home of his own. With its rooftop solar array, McDaniel’s Oberlin home is able to produce more energy than it uses. In a Lorain County Chronicle-Telegram article, McDaniel stressed the point that running your house on solar energy “works in Northern Ohio.”

Basics of a Solar Co-op

Solar co-ops are communities of interested buyers who work together to review installation prices, navigate regulation and tax credit issues, and purchase solar energy systems at discounted group rates. These organizations enable their members to make more informed choices about their solar energy purchases, share best practices, and save money on their installations.

The main benefit for a property owner in joining a solar co-op is the resulting price discount of a solar installation when those systems are sold in a large group (with savings up to 25%, according to OHSUN’s website). Installers are able to offer these lowered rates because of the money they save on advertising; with the co-op providing a large group of customers, the installer saves on costs associated with attracting an equivalent number of new buyers.

The purchasing process of a solar co-op is relatively simple, and allows members to “share the hassle” of deciding on the best option. After reaching a critical mass of members (roughly 30 rooftops), the co-op requests proposals from local installers. Co-op members are able to review the offers as a group, and decide on the best one. Then, each homeowner will receive an individual proposal for their own home which will reflect the group discount, after which they can proceed with the installation. By going through this process as a group, members can also help each other navigate any bureaucratic confusion associated with solar installation in their respective communities.

Co-ops Around The Country

Solar co-ops are a fairly recent trend, with more and more of them forming across the United States each year. The organizations come in various forms and sizes; from small, consumer-owned co-ops like the one in Lorain County, to those that involve agreements between installers and developers, such as Amicus. As the Amicus situation demonstrates, the installation companies are able to utilize the same cooperative principles in order to increase their collective bargaining power, and to receive materials at reduced prices.

In the residential sector, CPN has helped to launch over 50 solar co-ops across the United States. Some of these co-ops have had more far-reaching effects, such as the Mt. Pleasant Solar Co-op, a group of more than 300 households in Washington, D.C. operating under the umbrella of the CPN. This cooperative has started to advocate for solar power throughout many public forums, and has pushed for legislation that would encourage increased solar installation in the D.C. area. As a founding member of DCSUN (Washington D.C.’s analog to OHSUN), the Mt. Pleasant Co-op has also assisted in the creation of other solar co-ops in the region.

Consumer-owned solar co-ops such as the Oberlin People’s Energy Cooperative enable multiple homeowners to share the burden of shopping, choosing, and purchasing a solar energy system. In addition to the cost savings, having a collection of people involved in this decision-making process allows for the sharing of best practices, and means less work for each member. Groups of people who come together to forge a common direction become a motivating force for others, and then ultimately help to shape and direct the political climate for larger communities and society as a whole.

Moreover, seeing these types of organizations arise in Northern Ohio reflects the fact that more and more people are acknowledging solar energy as a viable and competitive form of power production - even in our often (but unfairly stereotyped) cold and dreary climate.