Feeding the Power Grid: Where Solar Energy and Electric Cars Meet the Future

Homeowners curious about solar power and electric cars may wonder how the two fit into U.S. energy policy for the long term. In fact, the energy collected in solar panels on a home’s roof is proving capable of powering a home as well as a car with energy left over for the local grid. It’s a carbon footprint one Honda official described in a recent New York Times article as “below zero,” and a look into the future of renewable energy.

In an experiment being carried out by Honda Motor Company in California, a home with 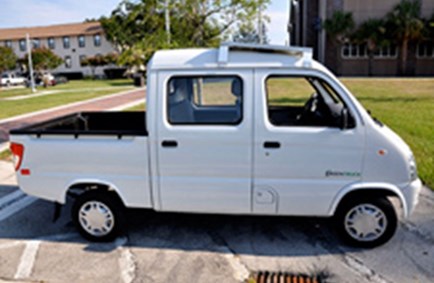 twice the usual amount of solar panels is collecting more energy than a family would use. To make all that energy collected usable at some point, it stores the power in a small lithium-ion battery pack like those used to power a Honda Fit or Tesla Model S electric car. With a typical surplus of electricity, the home is able to provide energy back into the grid when a utility provider needs it during peak demand.

This experiment suggests Americans may be close to a day when solar power can provide energy for both a home and an automobile – the two elements (buildings and transportation) that account for 44% of greenhouse emissions in the United States, according to the Times. General Motors has experimented with similar technology in charging stations that could power its electric cars and supply energy for the grid during peak hours. Renewables are seeing the light of day in these elemental aspects of our culture.

A Future of Energy Independence?

Automobiles powered by internal combustion engines have dominated the industry for nearly a century, but car companies like Tesla are proving renewable energy can work both from the production standpoint and in powering the automobiles they manufacture. The Palo Alto-based automaker recently announced it would open a massive lithium-ion battery factory powered partially by wind and solar power.

Once Tesla introduces its affordable electric car, Americans can look toward a future of energy independence. It would begin by powering cars and homes with energy provided by nature, but the battery storage could potentially cut out even more dependence on oil. All the while, power sources would be replaced by cleaner alternatives. Coal-fired electricity plants could be replaced by solar and natural gas energy sources. Homeowners can start on this journey today.

While widespread use of the Honda “smart house” concept is still years off, homeowners are able to tap into solar energy now with a residential installation. Access to quality sunlight can yield 50-75% of the energy a home needs on an annual basis. The annual return on a solar investment is typically 7%, which makes an investment in solar panels both excellent for the environment and a wise long-term financial move for any family.

Options in financing as well as tax incentives and loan programs allow for the offsetting of considerable up-front cost of solar panels. There is a bright future ahead for renewable energy. Anyone can get involved in the process, whether it is in an automobile or at your family home.