Asking The Cleveland RNC Participants What They Think About Solar

Asking The Cleveland RNC Participants What They Think About Solar

The RNC has come to Cleveland and for a solar company with headquarters downtown we were interested in what the RNC attendees had to say about renewable energy and solar. YellowLite is located just a little more than a mile away from Quicken Loans Arena. The entire downtown region around the Q is fenced in and a heavily armed presence is visible everywhere. The author of this post walked down there and unfortunately wore a long-sleeved shirt in the 90 degree weather. It is humid, it is hot, and downtown is buzzing with activity. 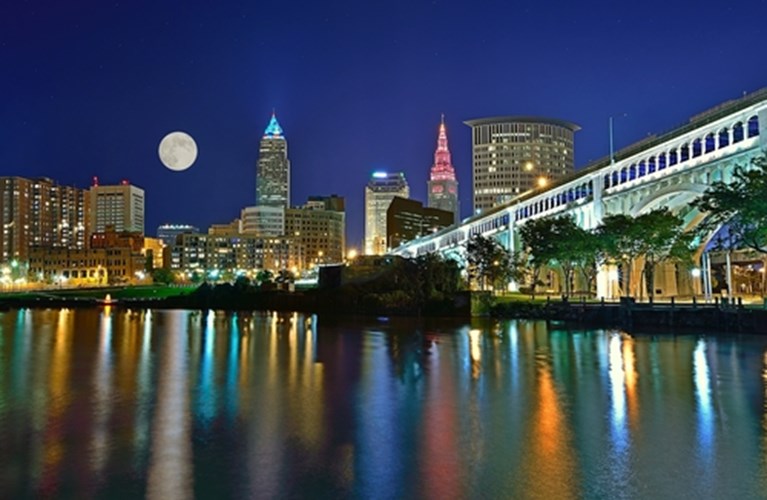 In a Gallup poll conducted from March 5-8 of 2015 Republicans and Democrats were overwhelmingly in favor of solar and renewable energy. Republicans favored solar at a rate of 70% whereas Democrats favored solar 82%. So there is a slight difference in political party affiliation but not one that is statistically that significant when considering that Republican-leaning voters favor solar the majority of the time.

The preconceived notions of speaking to people by doing "man on the street" interviews about solar panels and solar power systems, was that the republican convention attendees would dismiss solar out of hand. That did not appear to be the case. After spending nearly an hour downtown speaking to approximately twenty people, an interesting thing occurred: there were few people whom we interviewed that said anything to the effect that solar did not work or solar panels were not a good idea. The most critical people simply said that solar panels on houses were not cost effective and that it was not economically feasible...yet. Each and every person said that solar was a good idea in theory and would welcome it to power their homes if it were affordable.

So what did the people say about solar? First of all, this is not journalism where we took down names and numbers of people to get their identifying information. At first, we started to film people with a cell phone but each and every one became unnerved. Considering that live feeds from MSNBC and other television networks were right behind us, we are in the midst of a contentious political election, and there are armed police everywhere, we thought it best to stop filming people lest they take offence.

A very short video can be seen here.

·         "If it was cost effective, we would do it. But it's not. In Tennessee they're very big in hydroelectric power, so electricity is really cheap." said a couple from Tennessee.

·         "It's not economically viable. I looked into it and it doesn't work unless it's part of a co-op," said a Cuyahoga County resident.

·         "I have complete solar on my house and I have 100% electricity from solar panels." Said a California man who also installed a water conservation system on his house. As an aside, he told us that his water conservation system had a payback of 60 years until the recent draught when his payback rate dropped to 15 years. "I'm from California and everyone is getting solar. The only problem is that it has a long payback period."

·         "Solar is a great idea. We should cultivate it everywhere. I have no idea how much it costs, though!" said a man from Washington DC.

·         "I got solar on my house a few years ago," said a man from Washington State. "The whole thing is paid for with the discounts you get from the state." This is true. Washington State has a Production Incentive that credits homeowners up to a maximum payment of $5,000 annually based upon the total kilowatt hours produced by the solar power system.

·         "I think solar is good. Eventually we'll get it done everywhere, it's a sunny country," said a Cleveland resident who originally hailed from Turkey.

·         "I think it's a stupid idea and it doesn't work. Half the time the sun isn't even shining, so how are you going to power a society just from the sun?" said a man from Missouri.

·         "I don't have a thought about solar," said a man from Minnesota before dismissing the author and going back to eating his gyro.

·         "I feel they should use it more often. If my calculator can run off a solar battery, I don't see why a house can't run off the panels." Said a Cleveland resident. "Out by Lake County they're building wind turbines everywhere so they should build solar too.

We would have thought that there would have been more environmental comments, both dismissive and favorable. However, we received exactly zero environmental statements. It was as if the environmental benefits and carbon offset from solar generated electricity was not even an issue. The issue for Republicans, if we can be so bold to make such a statement, is all about the payback period and whether solar panels are cost-effective.