Why Are Batteries Important to the Solar Industry? 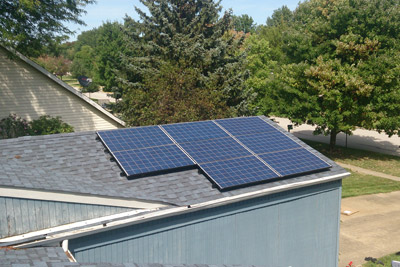 One of the biggest obstacles to overcome the transitioning of burning fossil fuels to the full-scale usage of solar, wind and other renewable energies to meet our energy requirements has been the intermittent nature of Mother Nature.  World-wide, the sun and wind offer up more energy in a single hour than we need in a year, but the sun isn’t always shining, nor is the wind always blowing.

Fortunately, things are changing, fast.  No, we haven’t learned how to keep the sun shining or the wind blowing, yet.  But, there are many companies developing new, and improving upon old, energy storage technologies. This will soon enable us to cost-effectively store much of that clean, safe and renewable power that is so bountifully bestowed upon us, directly and indirectly, by the sun.  Enough in fact that we will finally be able to break with our dependence upon the finite fossil fuel sources that are proving to have created more problems for us in the long run than they might have solved in the short one.

According to several recent reports, it will soon be cost-effective for solar electricity to be stored within a variety of new and improved energy storage technologies. Wet-Cell Battery technology, first patented in 1800 by Alessandro Volta, has evolved to the point where it has already proven its capacity for providing frequency regulation. It does this by reducing the grid voltage spikes that occur frequently with fossil-fueled thermo-electric generating turbines; which, by-the-way, shorten the life-span of many home appliances.  With the emergence and increasing demand for renewable energy storage battery industry leaders like Crown, Trojan, STEM an SAFT have significantly improved their production capabilities. This has enabled them to mass produce, thus allowing the economy of scale to drive prices down.

Wet and Dry cell battery storage, Fly-wheels and Compressed Air Energy Storage technologies are used to reduce on-site peak demand charges in states that have those type charges by many small and large scale renewable operations. With the latest emphasis on fast-tracking energy storage technology development that is being driven by many of the world’s governments many prominent companies like Tesla, Panasonic, Sharp and Yellowlite partner, Sunpower have put the petal to the metal and it won’t be long before batteries are capable of meeting all those peak demand loads for which utilities and the fossil fuel industries claim that they alone are capable of handling.

According to, “The Economics of Grid Defection; When and Where Distributed Solar Generation Plus Storage Competes with Traditional  Utility Services” a study done by the Rocky Mountain Institute (RMI), utility customers in states like California and New York will be able to cost-effectively go off-grid by 2031. In fact, due to the high cost of fossil-fueled electricity in Hawaii, it is already affordable for customers there, both commercial and residential, to combine solar and battery storage to go off grid.  The RMI study predicts that solar-with-batteries will reach grid-parity in most states by 2050.

Much of the incredible advances being made to battery technologies, now and in the short-term future, is due to the increasing production of batteries for electric vehicles (EVs).  RMI’s report might even be a little conservative because it came out before the recent announcement by Tesla that it was going to build a “Giga Factory,” which is devoted to reducing the cost of lithium-oxide batteries by 30 percent within 3 years and by 50 percent by 2020.  The progress in EV battery technology is easily transferrable to the world of solar and wind generated electricity, making both increasingly more efficient and less expensive.  These storage breakthroughs are leading the way to a not-so-distant future where connecting to the grid can become optional. Enabling anybody who wants to become energy independent, spend less on energy costs and also allows the option of pulling the plug with their utility.

Pushback by the Utilities and Fossil-Fuel Industry

The prospects of the widespread adoption of solar with storage has the Edison Electric Institute’s consortium of utilities and fossil-fuel partners worried about their future profitability.  Not only will they be selling less of their fossil-fueled energy as more renewable energy is adopted by utility customers, but the typical life-time of a fossil-fueled power plant is approximately 30 years. Meaning that when the time comes for replacement, it will be much less expensive to install solar-with-battery storage in their place, and that’s not to mention the environmental benefits involved.  Considering the tremendous amount of dollars involved. It’s no wonder that the utility companies and fossil-fuel industry are showing just how desperate they are by working alongside the American Legislative Exchange Council (ALEC) to request that solar valuation studies being done in battle ground states like Ohio, Colorado and Arizona, among others, not take into consideration such things as improved grid security and reliability or environmental and social externalities.

At YellowLite have been installing solar-with-batteries for years.  If you’d like to consider going solar with battery back-up or adding batteries to your existing solar system, contact us today. We’ll be happy to give you all the details.