What is PACE Financing And How Does It Affect Solar?

What is PACE Financing And How Does It Affect Solar?

President Obama just announced a plan to stimulate the solar industry with the "Clean Energy For All Americans Initiative." The plan calls for a policy change to expand access to PACE financing which allows property owners to install solar and renewable energy projects at no upfront cost and pay over the course of time through an increase in their tax bill. The good thing about PACE would be that the efficiency savings to the property would be greater than the increase to the assessed property taxes. The plan calls for mortgage insurance to now be issued by the Federal Housing Administration (FHA) and The Veterans Administration (VA), rather the FHFA which stopped PACE in its tracks back in 2010. 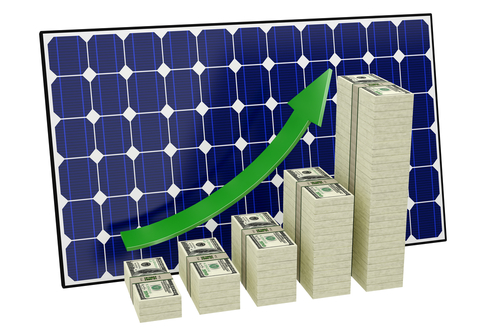 So what is PACE, exactly? Will it work? What about here in Ohio and the surrounding Great Lakes Region? What types of existing programs do we have? Is it widespread? Let's take a look at it in a little greater detail.

In 2009 the White House released their policy framework for PACE Financing Programs to promote local and state governments to adopt PACE programs. The Department of Energy defines the PACE program as follows: The property-assessed clean energy (PACE) model is an innovative mechanism for financing energy efficiency and renewable energy improvements on private property. PACE programs allow local governments, state governments, or other inter-jurisdictional authorities, when authorized by state law, to fund the up-front cost of energy improvements on commercial and residential properties, which are paid back over time by the property owners.

The change of this financing model to energy efficiency and renewable energy projects permits the owner of the property to put into action improvements without a large up-front investment. Participation in a PACE program allows the property owner to pay for their improvement costs over a long period of time up to twenty years through a property assessment, which is vouchsafed by the property itself and paid as an addition to the owner's property tax bills. Failure to pay the additional taxes is the same as nonpayment of any other type of taxes.

PACE is based on a debt of property. The debt stays with the property instead of the property owner. If the property is sold, the new owner takes on the PACE property taxes. This is an important consideration since a lot of people may be hesitant to make energy efficient improvements, including solar if they think they will move out of their home or business in a few years and get stuck with the additional tax payments. The transfer of tax ownership with the ownership of the property will attract more people to taking the plunge and purchasing solar and energy efficiency projects.

The Development of PACE Programs in Ohio

Ohio introduced PACE Programs in 2009 with the passing of House Bill 1. The legislation allowed for the creation of Special Improvement Districts (SID) that created special financing districts through the levy of assessments on the real estate taxes of participating property owner. A year later, the Ohio Legislature passed Senate Bill 232 which expanded HB1.

There are four steps in PACE:

Ohio's PACE Authority is contained within HB1 and SB 232. Included in these bills are an Energy SID which is a special type of financing district created under ORC Chapter 1710 for the purpose of financing residential and commercial solar, and other energy efficiency improvements.

The biggest advantage of the PACE program would be no large upfront payment. The reduction in energy bills would generally be less than the actual increase on the yearly tax bill. Property owners can borrow the money through loans guaranteed through the government and the tax bill would be transferred upon change in ownership.

The program however did not take off. The reason was because in 2010 the Federal Housing Finance Agency (FHFA) decided to stop insuring residential mortgages on properties with PACE assessments. The FHFA was concerned that PACE loans would have priority over mortgages and that a PACE lender would be paid before the bank in the event of a foreclosure on the property. PACE was essentially suspended in Ohio due to the senior lien status associated with most PACE programs.

There are currently three PACE programs in the state of Ohio, in Cincinnati, Toledo, and Columbus:

There was a PACE program in Cleveland and its surrounding municipalities, but it was too unwieldy and eventually failed. The Columbus program is strictly a program for commercial and industrial businesses and cannot be used by residential homeowners to finance their solar energy projects.

PACE was supposed to be an innovative way to finance renewable energy upgrades to buildings. However, because the FHFA stopped insuring mortgages on PACE properties, PACE was scuttled. Now it is mostly funded at a smaller level with grants and local tax levies to pay for the program. The program is designed in such a way that more commercial projects look like better investments.

So back to President Obama's new plan. Will it work? The President's announcement of 1 GW of solar for residential customers would be approximately 150,000 houses going solar. Without the FHFA changing its rules and direction, it is hard to think that PACE will be successful on a nation-wide scale. PACE is a great idea whose time has come, but implementing it will require Federal changes and that is hard to foresee happening with the current political climate. If it does occur, then solar would get a gigantic boost. The people most likely to use it to go solar would be low- and middle-class Americans. They are the ones who would take advantage of the PACE program and stand to benefit the most. If the VA and the FHA can secure loan financing in a more widespread manner, the program will succeed. If not, the program will not get off the ground, which is essentially what happened to PACE in 2010.