What Is Next For Renewable Energy And Its Storage Problem?

Hopes for renewable energy advancements have opened up the gates for better energy storage and use of batteries. The climate’s there, but wind doesn’t always blow, and the Sun can have cloudy days. But, when the wind and the Sun don't have down days and are in full swing of their mighty power, what do we do with their abundant energy? This is where reliable energy storage comes in. 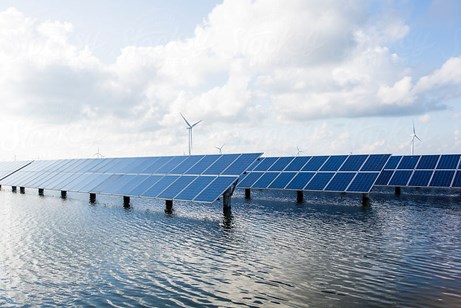 Ultimately, we will be replacing energy generated by fossil fuels with clean energy, reducing our carbon footprint, and contributing to a healthier environment!

So what’s stopping us from making this huge leap from traditional power sources to renewable energy? Right now, we don’t have reliable batteries. The energy market is working towards this path to increase the use and life of batteries. Thankfully, there are already works in progress, the main one being lithium-ion batteries.

Let’s talk about batteries in more detail, and about the success that the renewable energy market has achieved with storage and is yet to achieve:

Lithium-ion is the most common type of battery, but the bigger it gets, the less useful it becomes. For consumer electronics, lithium-ion batteries work well because they can be recharged quickly and they offer a lot of power for their size and weight. Even for medium-sized applications, such as powering electric cars, they get the job done.

The problem is that storing solar and wind power from commercial farms would require warehouses full of massive batteries, and at this size, a major problem becomes apparent - the bigger the battery, the higher the temperature. This makes the probability of dangerous situations to occur more likely in large-scale solar and wind energy storage.

Despite these issues, lithium-ion batteries are the lead for the renewable energy market and are being implemented in large off-grid storage areas. Recently California, particularly in San Diego, large grids have been set up which are providing power to the public.

Some more technological advancements in renewable energy storage include:

Moving towards updated sources to store renewable energy has been a focus for the past decade. Larger, more effective batteries to store energy will catapult us ahead in removing dependency on fossil fuels. With batteries, this becomes more reachable.