Types of Solar Panels: Which Panel is Better?

All over the world, we hear about the progression in solar energy. The rise in demand for solar power has the industry making many technological advancements. But, the fundamental science behind solar energy hasn’t changed a lot. Monocrystalline solar panels were first introduced in the 1940s. Since then, technology has only gotten better. Improvements in efficiency, quality, and versatility have been made.

Monocrystalline is the origin of PV technology, but it is being challenged. New technologies - such as polycrystalline silicon and thin-film solar technology - are going head to head with it in price, efficiency, and versatility.

Solar technology generates power as silicon produces an electric current when sunlight gets absorbed. This process is called the photovoltaic effect. Like semiconductors, solar PV technology requires purified silicon to get the highest efficiency. But, the price of solar manufacturing depends on the purification process of crystalline silicon.

Let’s start with describing the differences of types of solar panels. 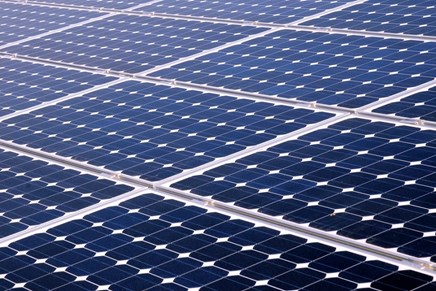 High purity silicon is melted in a crucible. In the molten silicon, a rod mounted seed crystal is dipped and slowly pulled upwards and rotated. The controlled speed of rotation and pulling rate helps in the extraction of a single, large crystal cylindrical ingot. This method is preferable for producing high volumes of single silicon crystals.

Dealing with the Silicon Crystals

The produced crystals are generally oval, and silicon is sliced exposing the missing corners in a grid-like structure. So the panels are cut into distinctive patterns giving them a recognizable appearance. A proportioned framework forms – giving it a uniform look. 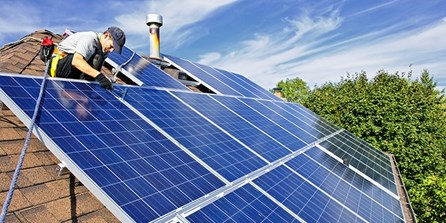 Polycrystalline panels are the most popular kind across the globe. Polycrystalline cells are cut from an ingot of melted and recrystallized silicon. During the manufacturing process, molten silicon is cast into ingots of polycrystalline silicon. These are then saw-cut into thin wafers and assembled in cells. This construction method forms a crystal structure that is imperfect.

Boundaries form where the crystal formation breaks. With this, the polycrystalline silicon panels have a distinctive and grainy look. But because of the impurities, it is less efficient compared to monocrystalline.

Recent advances in polycrystalline cell technology have made these solar panels better. They are now comparable to monocrystalline solar panels. This makes it a more appealing option to the world. 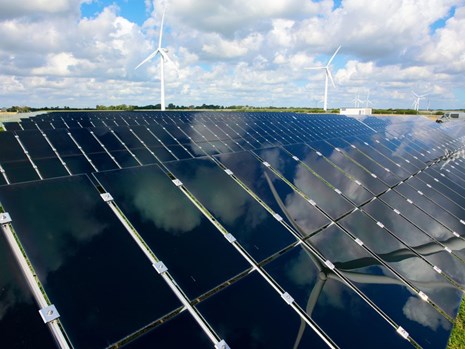 Thin-film silicon (amorphous) cells are made with silicon atoms in a thin layer. This solar panel technology has the lowest market share. These are great for projects that have a lesser power requirement. Amorphous silicon absorbs light readily compared to the crystalline silicon, and this is why the cells are thinner. In 2011, 11% of the solar panel sales were of thin-film panels. The production of these panels is expected to grow at a 24% annual rate; predicted to reach more than 22 GW by 2020.

A variety of materials are usable for the construction of thin-film panels.

The main options are:

As this technology is still emerging, it has the potential of being less costly.

Which Panel Type is the Best for your Home?

To find out the best type of solar panels you should use, get your situation evaluated by an expert. Here are some typical scenarios we found that will help you in making a decision about the types of solar panels:

Majority of us don’t have the space required for thin-film solar panels. Crystalline-based panels are better for limited space. Both mono and polycrystalline solar panels offer the same advantages. Polycrystalline is less space efficient and monocrystalline produces more electrical power. But this isn’t always the case. We can’t tell you to choose which one without understanding your situation and solar panels.

If you want to pay as less as possible for electricity, you should look into thin-film solar panels. These are likely to be a better choice compared to mono or polycrystalline panels.

With the passing years, solar technology has made its advancements. All types of solar panels have their benefits. After our overview of the different types, we have concluded the following: