Solar Marketplace: How Much Does the Average Solar Array Cost and What is its Payback Period?

How Much Does the Average Solar Array Cost: An Inside View at the Solar Industry Marketplace 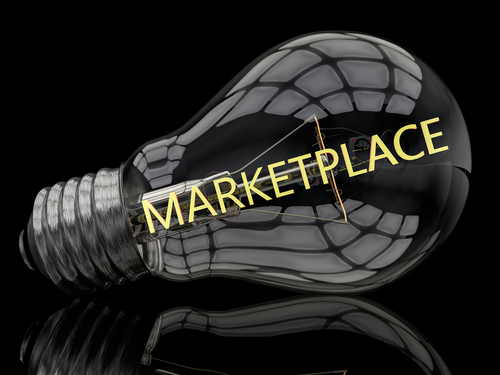 Energysage.com is the autotrader.com of the solar industry. Customers interested in getting solar quotes register on the site, input their data, and solar installers submit their quotes online to compete for the business. The customer gets a list of quotes and is able to contact those companies directly and hopefully decide to go solar. EnergySage releases their data in semi-annual reports. Let's take a look at the state of the industry after they aggregated the data from their customers.

So what does the national picture look like? What kind of costs are involved, be it monthly electricity bill, financing options, and payback period? What about the actual system itself? How big a system do people get and what type of electricity offset do they see?

EnergySage customers are overwhelmingly looking to own their solar panel systems (93% of the time) whereas the national average across the solar industry is only 37%. This discrepancy can be explained in that third party ownership is quite common in California, a state that has over 40% of all installations in the United States. Most people in Ohio and the surrounding states where we do business are looking to own their solar systems outright. In fact, we prefer they do so they can take full advantage of the Federal 30% ITC tax credit as well as the Ohio sales tax exemption for purchases of solar arrays. All of these statistics are national averages, but we will apply them to a theoretical Ohio customer for our purposes. On to the numbers:

The great news is that prices for solar arrays are continuing to decrease. The cost per Watt decreased from $3.78 in the first half of 2015 to $3.69 during the second half. That follows a trend as the cost per Watt in the second half of 2014 was $3.86. Most of the cost decrease passed on to the customer has to do with improved supply chains and more efficient business practices in the solar industry.

The size of the average system is generally quoted at 7.8kW which has remained steady for the past several years. The percentage of offset of electricity bills is 84.3%. A 7.8kW system is a good size and would be approximately 26 panels installed either on your roof or ground mounted on your property.

So how much are you going to be saving on your electricity bill and when do you save enough money to pay back your system? There are several ways we are going to simplify this example:

1.       We are assuming that electricy rates will remain the same. They won't. Electricity rates generally increase at an average of 4% per year.

2.       We are assuming home electricity usage will remain the same. It won't. Electricity usage tends to increase over time. (New devices, additions to the family, etc.)

The example will not be perfect, but it will give you a good estimate of what to anticipate on the payback time you can expect on your solar investment.

First we will start with the average monthly electricity bill of $189. If the system offsets 84.3% of this monthly bill we calculate:

Or to put it another way, your monthly bill will now be reduced to $29.67. Multiplied by 12 months would be savings of:

$1,912 is not the end of the savings. Solar system owners earn SRECs (Solar Renewable Energy Credits) in Ohio, one SREC for each Megawatt of power they produce (1,000kWh). How much does a 7.8kW system produce? Let's do some math. Take our 7.8kW system and multiply it by 4.2 hours of total direct sunlight a day in Ohio and you get:

To find out the amount of power produced per month will be the following equation:

Or for all intents and purposes, one MW of power is generated per month. And then you are issued an SREC.

How much are SRECs? In Ohio they are currently trading for $15. In other states they trade for hundreds of dollars. For the purposes of this example, over the course of a year you get:

So why is 9.6 years the average payback in Ohio for our example and yet the national average is 7.8 years? This difference of 1.8 years can be affected by many variables but the most important are electricity prices, state incentives, and the SREC market. Ohio is right around the national average for electricity prices. If electricity prices were higher, such as those in Connecticut, the payback period would be sooner because you would be saving more. Ohio does not offer as much as other states in terms of state incentives unlike a state such as New York. Finally, the Ohio SREC market is currently at a lull. A year ago, SRECs were selling at close to $30. Today, they are selling at around $15.

If and when the Ohio SREC market bounces back, the payback period on a system will be shortened. For example, if SRECs increase from $15 to $30 (what they were just a year ago), then the array in our example would receive $360 a year in SRECs instead of $180. Over the course of nine years, you would receive SRECs of $3,240 instead of $1,620 and therefore cut nearly a year off your payback rate.

A good rule of thumb for a solar array is that you will pay it back inside ten years. Ten years may seem like a long time, but solar panels will last for decades. It is standard in the industry that solar panels have a solar panel production warranty of at least 25 years. Some of the products that YellowLite sells, including the SunPower X21-345-COM solar panel, measure product lifetime at a 40-year useful life. In this context, having a solar system is an extremely long-term investment that has no moving parts and requires nearly no maintenance. There are solar panels still around from the 1960s producing electricity so when we tell you to expect your system to last 30 or more years, we mean it. The cost of solar panels has decreased quite a lot over the last six years. Solar panels in Ohio have become affordable and with the most efficient solar panels being installed along with the best solar panels being installed.

One last thing about EnergySage. Most customers get multiple quotes and shop around. Most of the quotes that are made from solar installers will be in a range within shouting distance of each other. What separates solar installers are the premium components they install, the quality of the installation, and the superiority of their customer service. Read our blog, go to our website at Yellowlite.com. Give us a call.  1-877-743-8757.