Should You Cut Down A Tree That Is Blocking The Sunlight From Your Solar Rooftop Array?

Should You Cut Down A Tree That Is Blocking The Sunlight From Your Solar Rooftop Array?

The main driver behind solar power system interest is a combination of environmental concern and economic pragmatism. Generally if one of these tips the scales to a sale it is financial savings. However, what happens when an environmental concern leaves the customer in a quandary? If a large tree is blocking the sun from hitting your roof, should you forgo solar or should you cut that tree down? 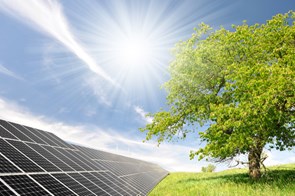 There are different ways for electricity generation from a solar energy system to show up as environmental savings. Most often we write about each system in the context of how much coal did not have to be burned to produce the electricity to run your household. We also talk about tons of CO2 not being released into the environment and the number of trees that do not have to be planted in order to offset the additional CO2 emissions released into the air.

For many customers it is the positive impact on the environment which first gets people interested in solar and makes them feel better about their purchase. And rightfully so. There may not be a better single action you can take that benefits the environment than going solar. The major contributions to your carbon footprint are the vehicle you drive and the energy you use for your house. Reducing your energy usage and changing the form in which your electricity is produced are the two actions you have control over that can make a large impact. There are impactful smaller steps you can take as well that include buying locally produced produce, buying products from socially responsible companies, and recycling. However, going solar eliminates the need to burn a tremendous amount of goal or natural gas and this offset is larger than most smaller behaviors put together.

The average American home emits over 16,000 pounds of CO2 annually. It takes 24 fully grown, 40-foot tall mature trees to offset that much CO2. Each tree will take in 670 pounds of CO2 per year. Getting a solar energy system will remove as much CO2 out of the atmosphere over the course of 25 years as 600 mature trees. If you plant trees at the recommended distance apart (10 feet by 10 feet) it would mean nearly an acre and a half of fully grown trees' worth of CO2 you would be saving. How many saplings would you have to plant to have the same impact? The rule of thumb is ten saplings are equal to one full-grown tree to remove the CO2 from the atmosphere. So over the course of 25 years you are talking about planting 6,000 trees to have the same impact as installing a solar power system.

If we continue in this vein, we can see that the average household uses just over 900 kWh of electricity per month and around 11,000 kWh over the course of a year. A 9 kW array will generally offset 100% of a customer's electricity needs. Therefore, for every 1 kW of solar that you install, you will be "retiring" 2.7 trees from their carbon offsetting duties.

Just from a pure numbers standpoint, the answer to cut down a tree blocking your solar panels is pretty clear. Cut the tree down, allow the sunlight to get through to the panels, and enjoy the environmental savings of nearly an acre's worth of trees. From a purely pragmatic sense, planting a few more saplings in the ground and letting them grow in the old spot would seem to ease a person's conscience.

However, things are not so cut and dried as this. The ecological issue, and to a certain extent, a moral issue comes into play. What right does mankind have to go around cutting down a tree just because it's in the way? Doesn't a tree have the right to live and grow as high as it can on its own without being felled?

The answer to whether to cut a tree down or not would rest with the homeowner's own conscience. Both sides of the issue would make sense. If you have a mature tree and you don't want to cut it down, perhaps a ground mount would be a good alternative if you have the extra land. Perhaps the other side of the roof would be an option even if you are taking a reduction in sunlight from not having the perfect angle. It would be hard to argue against someone's decision to not cut a tree down and not go solar. In this case, they should just look at every possible alternative before they decide to forego installing solar.

On the other side, if you cut the tree down, receive full sunlight and the full benefits of the solar power system, and plant new trees in its place, who would argue against you that you are not doing your part for the environment? There are a lot of different things you could do to help the environment, but perhaps one tree is a small price to pay to offset the burning of 150 tons of coal over the course of twenty-five years. Where do we get that number? a 9 kW array will generally offset the electricity used by the average American family by producing roughly 12,000 kWh of electricity per year. It takes one pound of coal to produce 1 kWh of electricity. Over the course of the warranty a lot of trees will be saved the burden of vacuuming up all that CO2 produced by six tons of coal per year for the next twenty-five years. Regardless, it is a personal decision that each homeowner would have to make and we would not judge them for their decision either way.