On July 21st, YellowLite hosted a Solar Informational Talk at the Barlow Community Center in Hudson, Ohio. Around 25 guests were in attendance to learn more about solar benefits, installation, and financing. 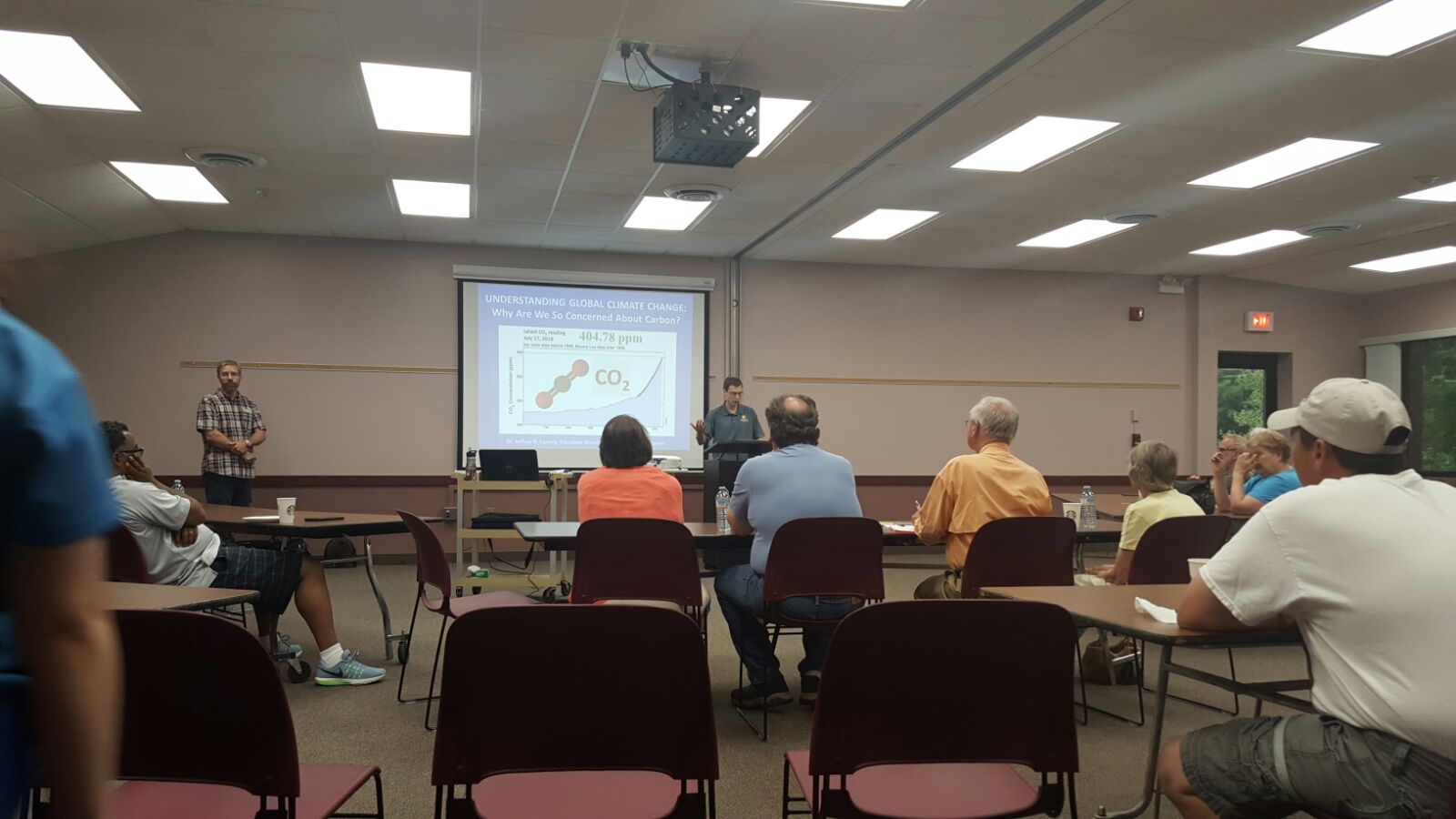 There were three presenters at the event. The first was Dr. Jeffrey Corney, Executive Director of the Wilderness Center and a professor at the College of Wooster. Dr. Corney spoke on the ecological impact of carbon, climate change, and how the world's fossil fuel usage is accelerating and altering the natural environment. Corney spoke for nearly 40 minutes. He captivated the crowd. One attendee said that Corney explained complex ideas in a way that made them seem simple and obvious.

The second speaker was Hudson resident Bob Dyer who gave a presentation as to the installation of his home solar power system. Dyer's system is a 3.5 kW rooftop array with 14 Canadian Solar CS6P 255 watt panels and an SMA Sunny Boy 3000TL string inverter. Dyer had his solar energy system installed in September, 2014. He was gracious in his praise of YellowLite and took questions from the audience. He spoke eloquently about net metering, the challenges of going solar in Ohio, and the amount that his system saves him.

The third and final speaker of the night was YellowLite senior sales consultant Fida Aziz who took questions from the audience on installation and financing. The main topics Mr. Aziz spoke on were how much a typical system costs, what was involved in the actual installation process, and how much money a typical customer saves per month and per year.

The most spirited portion of the discussion was the environment for solar in Ohio after the suspension of the Renewable Portfolio Standards in 2014. The market for Ohio solar crashed in comparison to the previous few years and we are now just getting back to the pre-suspension levels. We forecast tremendous growth in Ohio over the next several years, with or without the RPS being reinstated.

A welcome guest speaker was Jess Ennis, solar sales consultant who was instrumental in bringing solar to the Barlow Community Center. Ennis spoke briefly on his role as a salesman and dealing with the city of Hudson. The Community Center's solar array has a total of 55 panels on top of the building and 10 panels on a ground mount just outside. On a sunny day the panels will generate approximately 50% of the energy needed for the facility's day-to-day operations. The total cost of the system was $72,000. $50,000 was raised by the Leadership Hudson Class of 2014 and a $22,000 grant was given from American Municipal Power.

There was a good mix of Hudson, Stow, Streetsboro, Cuyahoga Falls, and Twinsburg residents. The upper portion of Summit County is becoming a hotbed of solar activity as we have seen a steady increase in customer inquiries in the area as well as new customer installations. This area, located between Cleveland and Akron has seen steady economic growth in recent years and is a wonderful place to live.

The crowd mingled after the event talking to each of the three speakers. Attendees were encouraged to give YellowLite a call if they had interest in learning more.