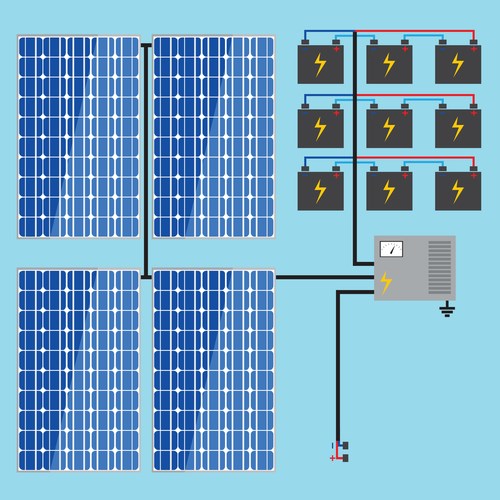 Modern home appliances, lights, computers, pretty much everything that uses electricity uses it in the form of alternating current (AC) electricity. Solar panels produce direct current (DC) electricity. This DC form has to be converted into AC form or your electrical devices will not be able to run. An inverter is an electrical device that performs the conversion. Next to the panels, it is the second-most important part of a solar energy system.

Inverters are the second highest component cost in a solar array. The good news is that prices are continuing to drop. Most of the price drop is due to increased competition between the major manufacturers. What does this mean for customers? It means that, "...due to this competition, the organization expects average inverter prices to fall 9% annually through 2019 in the United States." 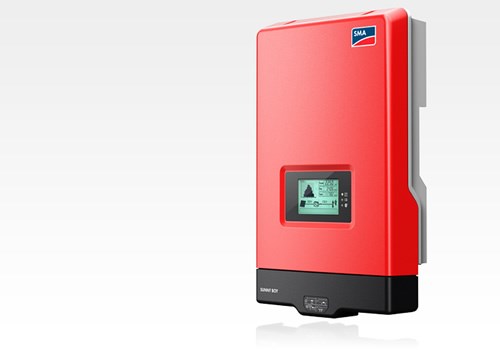 Panels produce DC power which is shunted through the junction box located in the back of the panel, out through the connectors, through electrical wire and all the way to the inverter, which is located inside the house. Modern inverters are very efficient and are generally able to convert energy DC to AC at a rate of 96% efficiency or more.

String inverters are the most common type and also the least costly method. String inverters generally have a warranty of 10-12 years. As an example, here's warranty information for Solaredge. They usually last up to 12-15 years before needing to be replaced. Inverters also have the only moving part in the entire solar energy system as they usually have a small internal fan to cool the unit.

String inverters are also connected to a wi-fi network and able to monitor the amount of energy being converted. This is how we figure out how much electricity is being produced and the results are used to generate reports to communicate SREC data.

Instead of combining every panel together and sending the electricity to be converted by one main inverter, microinverters convert DC energy for each individual panel. They attach to the connectors on the junction box behind the panel and are therefore exposed the elements same as the panels. Microinverters are therefore expected to be tough and sturdy. They generally have warranty periods of 15-25 years. An example would be Enphase, the industry leader, which offers at least a 15-year warranty on all their microinverters.

The other main advantage is one of production. If your roof experiences shading during the day, microinverters are superior to string inverters. The reason is that panels are connected together in series and if one of the panels gets shaded, it can affect the production for the rest of them. Microinverters don't have this problem. If one panel in a series is shaded and microinverters are used, that shaded panel is not going to affect the surrounding panel's production.

In short, when it comes to microinverters, operations and maintenance can be both easier and more difficult as monitoring  from microinverters can identify problems quickly and there is greater redundancy in a microinverter system if something goes wrong. However, replacing micro-inverters is far more labor intensive as there are generally 20 to 30 more microinverters in a solar system compared to a single string inverter.

So which is the better option?

As in all things, the answer depends on the circumstances. Some instances string inverters are the better option. They can decrease the initial system cost, there is potentially less maintenance, and there is generally only one inverter you have to worry about if something goes wrong. If you are dealing with a normal 7 kW system, you could have anywhere from 25-30 panels which means 25-30 microinverters. Over the course of time, no matter what the warranty says, the more of a product you have the greater chance something can go wrong.

If you want the simplest installation, and/or a roof or structure has a complicated wiring design, you're going to want to go with microinverters. It should be noted again that a string inverter is generally replaced every 10-15 years. Microinverters have a longer lifespan of up to 25 years. Many installers prefer to use micro-inverters because they are easy to design. It is also easier for electricians to wire.

One way in which string inverters are superior would be having a large installation project where there is little to no shade. Anything to reduce the time and cost of installation is a plus and will save the customer money. Since there is currently a 60/40 split in favor of string inverters there really isn't a wrong answer. The selection of either one all depends upon your budget, your timeline, and your ability to accept risk. So no matter if you choose to go with the best solar panels, the most efficient solar panels, solar panels for sale, or simply cheap solar panels, solar panels for your home are a great deal.