Harrod, Ohio resident Gerald "Rex" Messick is ecstatic about his 9.0 kW ground mount solar energy system. Messick had his installation done in the spring of 2013 while snow was still on the ground. In the three and a half years since, the grass has grown around his array, the chirp of the birds is a little more melodic, the air smells a little sweeter, and life seems just a little better. Going solar is a 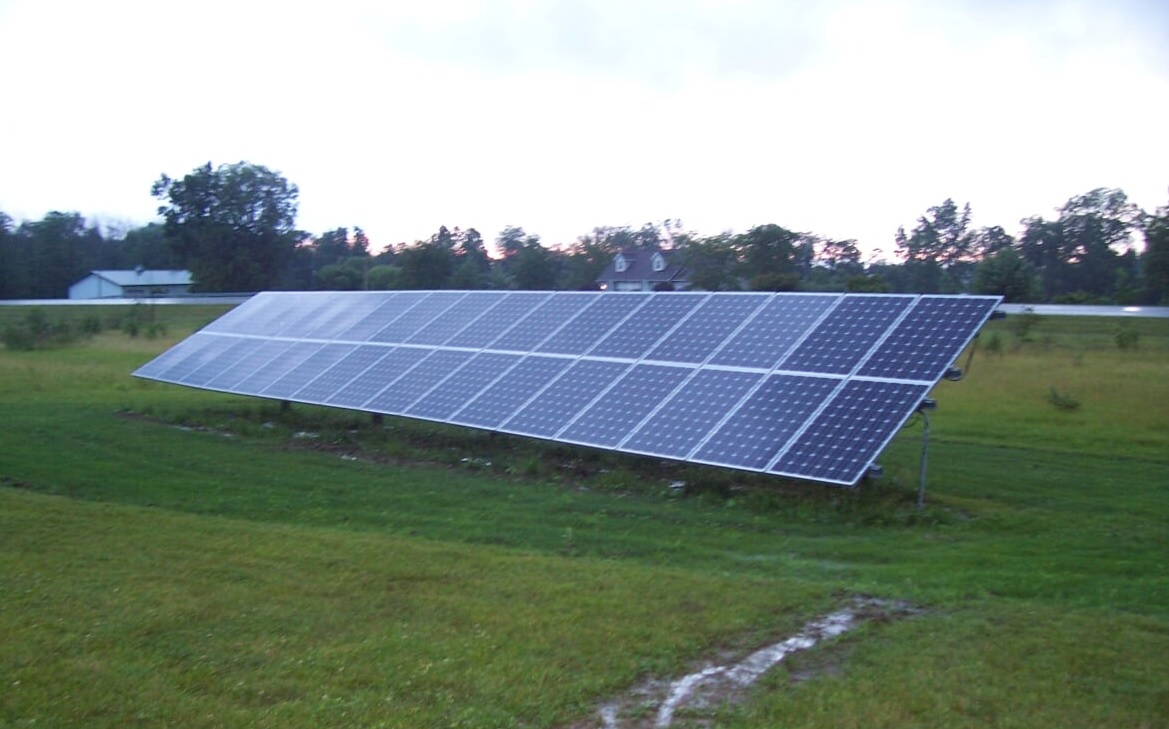 ful thing! "I'm doing right on $90 of savings per month. You can't get any better than that," said Rex. Messick's journey to go solar started with his career. He is an electrical engineer and understood the technology behind solar from the moment he started doing research on the feasibility of going solar. "We grow a lot of our own food. I really like the environmental impact of the panels on our carbon footprint. And we also like not paying for our electrical bill year-round. So it works well for us." Mr. Messick's 8.0 kW solar energy system is powered by 32 Mage Powertec 250 watt panels. He also has 32 Enphase M215 microinverters connected to each of his panels. His panel efficiency is 16% while his microinverters are 96.5% efficiency. His solar energy system generates just north of 10,000 kWh of electricity per year. This is enough electricity to offset the burning of more than five tons of coal per year. At $0.12 a kWh that means he is saving around $1,100 a year off his electricity bills. "I originally spent a total of $11,000. I'm 84-years-old. I'm looking at it this way. I get $90 a month back on my electricity bill per month on an $11,000 investment. There's no where else I can get that type of return. It's just a good investment. AEP gave me a cash gift of $11,000. I got $9,000 off of my taxes. That means I spent around $11,000 after my discounts. The IRS treated me pretty nicely. I get about $90 of a return which is about $1,100 a year. $1,000 is about 9%. That's a pretty good return." The system was installed and finalized in April, 2013. The equity that has been added to the Messick household is approximately $30,000. It should be noted that the added equity value to your property is based on a rate of $3.11 a watt from the latest research  but it is always a good idea to contact your realtor and get an appraisal. Messick is happy to hear that he is offsetting 5 tons of coal from being burned, but it is the economic reason he decided to go solar. Asked why he decided to go with YellowLite, Messick was enthusiastic about the customer care he received. "It was the conversation with Cody. He was very good at presenting the picture of solar and how it was valuable. The first company that I got a quote with never told me about the tax credit. Cody let me know right away." Rex did most of his research on the Internet and found YellowLite pretty easily. When told of the $750 referral bonus that is open to all clients who have gone solar through YellowLite he was ecstatic. "I suppose all I have to do is get someone else to go solar and my return will be even better!"