Garrettsville, Ohio resident Dan Childers loves his 5.0 kW rooftop solar energy system. Garrettsville is a sleepy little village about 40 minutes northeast of Akron, Ohio. It is believed that Mr. Childers is the first person to have gone solar in Garrettsville. 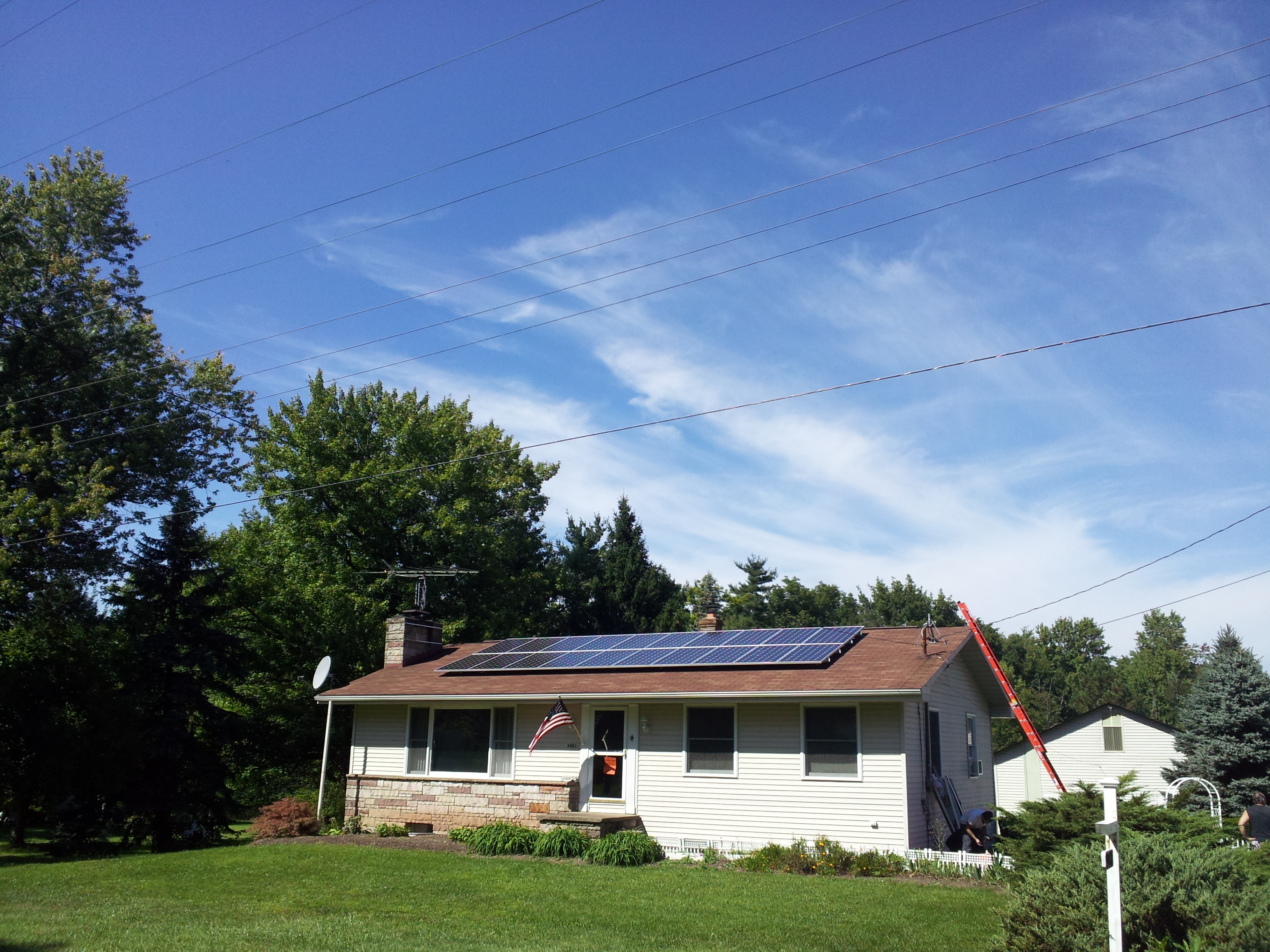 Childers searched the area looking for a solar installation company. He called a handful and decided to go with YellowLite. "I saw your website online. It was pretty local so that’s why I called. It was important for me to go with someone nearby if I ever had any problems."

Mr. Childer’s 5.0 kW solar power system is powered by 20 Mage Powertec Plus 250 watt monocrystalline panels that are up to 16% efficient. He has one SMA Sunnyboy 5.0 string inverter with 96.7% efficiency. His solar energy system generates just over 6,500 kWh of electricity per year. This is enough power to offset the burning of more than three tons of coal per year. At $0.12 a kWh that means he is saving around $800 a year off his electricity bills. YellowLite designed a system that was going to cover more than 90% of the electrical usage. “I haven’t had an electric bill since the panels were installed. I get the SREC payments 3-4 times a year.”

The equity that has been added to the Childer’s household is approximately $15,000. It should be noted that the added equity value to your property is based on a rate of $3.11 a watt from the latest research but it is always a good idea to contact your realtor.

Childers is environmentally conscious and is happy to hear that he is offsetting 3 tons of coal from being burned. Asked what he thought of YellowLite’s service, Childers said, “It was fantastic. It was great. They came out, did an assessment, checked my roof, put down some numbers, and a few weeks later they came out and installed my system over the course of a few days.”

Solar energy is an aspirational status symbol. Childer’s has certainly discovered that from all the people who inquire which company installed them. “I always recommend YellowLite to others. I get people stopping by my house all the time asking about my panels. I tell them it’s nice not to have an electric bill.”