Flying Too Close To The Sun? 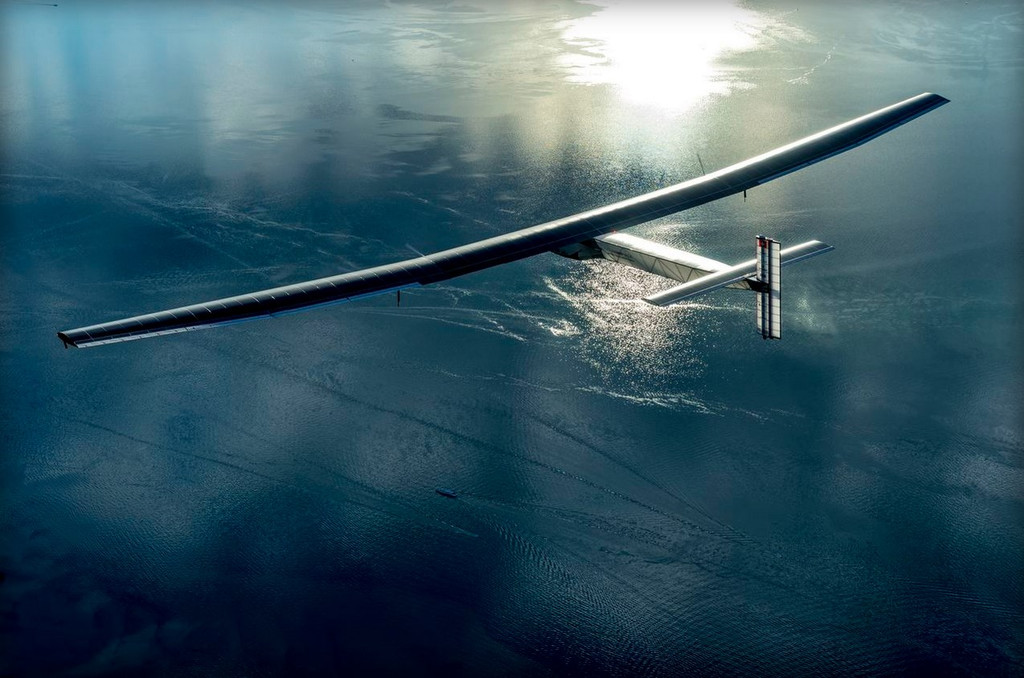 On July 22, the Swiss-based company Solar Impulse announced that their initial attempt towards realizing the first complete circuit around the world in a solar aircraft will be delayed until next spring. The journey - which began on March 9 in Abu Dhabi - has come to a halt in Hawaii, due to damages to the batteries caused by overheating.

The most recent leg of the trip, from Nagoya, Japan to Hawaii, covered over 8,200 km (about 5,096 mi) in 118 hours. No solo flight in any type of plane (even conventional aircraft) had ever lasted this long, and the distance traveled marks the longest to date by a solar-powered aircraft. The circumnavigational journey will not resume until the spring of 2016 because, as the days get shorter, the plane cannot harvest enough solar energy to sustain its flight.

Given this break in the action, let us take a deeper look into this exciting technology.

Bertrand Piccard and Andre Borschberg, the founders of Solar Impulse and alternating co-pilots of its plane, have an interesting goal with this project. Their stated aim is “not to revolutionize the aviation industry but instead to demonstrate that the actual alternative energy sources and new technologies can achieve what some consider impossible.”  Through this grand display of the potential of renewable energy, Piccard and Borschberg hope to “mobilize public enthusiasm in favor of technologies that will allow decreased dependence on fossil fuels, and induce positive emotions about renewable energies.”

The - the plane being used in the around-the-world mission - represents an incredible feat of engineering.  The plane has a wingspan greater than that of a 747 passenger jet, while carrying less than 1% of its weight.  One recently-published article compares its appearance to “an enormous but underfed gull.”  While the plane only flies at speeds comparable to a car (ranging from 22-87 mph), its ability to harvest as much energy as it uses opens the door to a tantalizing possibility: the chance to fly forever.  This ideal is, obviously, far from realization.  However, Solar Impulse’s voyage represents an attempt that makes such a dream palpable.

In order to maximize the efficiency of its operation, the “underfed gull” climbs to around 8,500 m during the day and descends to 1,500 m at night. During the daytime, the 17,248 monocrystalline silicon solar cells on the plane’s wings and fuselage are able to collect more solar energy for electricity generation by flying at higher altitudes. Some of this energy is used to drive the plane, while the rest is used to recharge the on-board lithium polymer batteries. By cruising on a descent trajectory after the sun sets, less energy is need to operate the plane.

One of the biggest aims in constructing the Solar Impulse planes, as well as other solar-powered crafts, is to minimize their weight. In order to accommodate the batteries, which account for roughly one-fourth of the plane’s weight, engineers and designers are ruthless in identifying every ounce that can be subtracted from the plane’s structure. Carbon fiber is, therefore, a major component of the plane’s body, because of its unique combination of light weight and rigid strength.

For more details and statistics regarding the plane’s construction and operation, please visit the Solar Impulse website.

Because of their ability to fly for extended periods of time, solar aircrafts may find use in monitoring and surveillance in the future. At present, a great deal of geographic data is currently obtained via satellite imagery and radar. Many believe solar aircrafts will eventually serve this purpose better than a satellite. First of all, by being closer to the earth, a plane could potentially collect more accurate data. Also, unlike a satellite, a plane does not go into orbit, and would thus be much easier to rapidly deploy to different locations around the earth.

According to Solar Impulse, the battery overheating that transpired during their plane’s most recent voyage does not seem to be a concern for engineers going forward. Solar Impulse indicates no reason why battery issues like these should present a recurring problem, stating that this event was “not a technical failure or a weakness in technology but an evaluation issue.”

Other concerns about solar planes have previously been expressed, in addition to the Solar Impulse 2’s battery problems.  As mentioned earlier, every ounce must be conserved in the construction of solar aircraft in order to maximize the efficiency of operation.  As a result, these planes are very susceptible to being blown about in the wind and are unable to take off during storm conditions.  Luckily, the long-timescale data collection applications that are being targeted for solar aircrafts should allow launch dates to be flexible in many cases.  Another limitation exists with regard to conserving weight - the present state of solar aircraft can only accommodate a maximum of one person on board.

Also, due to the need for a great deal of sunlight just to stay aloft, the planes cannot perform well in winter months when the days are shorter. Earlier solar crafts were also quite fragile - the NASA Pathfinder was damaged while on the ground by wind blowing inside the hangar.

While a repair of the batteries on board Solar Impulse 2 may only take weeks, the company has elected to postpone its next flight until spring 2016 to avoid flying as the duration of daily sunlight begins to wane. Solar Impulse engineers plan to use this extra time to not only repair the batteries, but improve the heating and cooling systems to avoid this problem in subsequent flights.

Visit the Solar Impulse website to view a more detailed flight log, as well as a look ahead to the proposed stops on its way back to Abu Dhabi.