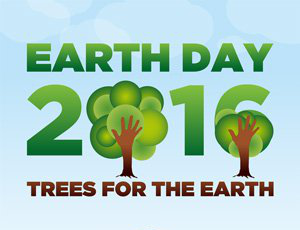 Earth Day is an annual event, celebrated worldwide on or around April 22, where participants demonstrate support for the environment. The 2015 celebration was memorable for being a significant anniversary, the 45th time people across the globe took action. The Solar Energy Industries Association (SEIA) marked the historic occasion every 2.5 minutes of every hour of the day, as a new solar installation was completed in America. A third generation Connecticut family printing business announced their 1,400 kW solar installation as a way to offset over a million pounds of CO2 per year. In general, this event has become the largest, most recognizable face of the environmental movement. It will be a great mix of adults and children alike, coming together with a purpose - protecting mother earth. This year promises to be just as active, even if the anniversary isn’t as noteworthy.

Earth Day was the brainchild of Senator Gaylord Nelson of Wisconsin, a staunch environmentalist who hoped to provide unity to the grassroots environmental movement and increase ecological awareness. “The objective was to get a nationwide demonstration of concern for the environment so large that it would shake the political establishment out of its lethargy,” Senator Nelson said, “and, finally, force this issue permanently onto the national political agenda.” While the event is about every aspect of coexisting with the earth and protecting our environment in simple and inexpensive ways, solar energy systems play an important role in the impact on the acquisition of fossil fuels as well as the reduction of the emissions from burning those fuels.

When the very first Earth Day was held in 1970, there was virtually no solar energy powering the grid or powering homes off the grid in the United States. Today, there are over 25 gigawatts (GW) of installed solar capacity in the U.S. The bulk of that has been installed since 2010. By the end of 2016, solar is expected to offset nearly 45 million metric tons of harmful carbon emissions, the equivalent of removing nearly 10 million cars off U.S. roads and highways, or shuttering 12 coal-fired plants.

But the celebration is known for highlighting every opportunity to reduce our environmental impact, and includes other non-solar landmarks. It is a chance to honor how far the world has come and to promote the opportunities to advance our lives while maintaining the earth. Some of the celebrations focus on the remarkable improvements in man’s ability to produce and distribute food more efficiently and effectively. Others emphasize the small things and the larger actions we can take to change the course of climate change.

In 1990, the event brought worldwide attention to the need for recycling. Although we still have plenty of progress to make, this event helped further catalyze the recycling movement. In the U.S. alone, we now recycle nearly all of our lead-acid batteries and well over half of our paper and paperboard products, for example.

Typically, the annual event participants establish some common messages and things to focus on for each year. This year Earth Day Network is focusing on the urgent need to plant new trees and forests worldwide.

This year, worldwide organizers are planning events that continue to inspire, challenge ideas, ignite passion, and motivate people to action. Some examples of what is happening this year are below:

Watchers are expecting participation from as many as 1 billion people, in nearly 190 countries. Event organizers across the globe have their target set to plant over 7 billion trees.

The U.S. and China have committed Earth Day 2016 as the day they will sign the historic Paris Climate Agreement. They are encouraging other leaders to do the same. 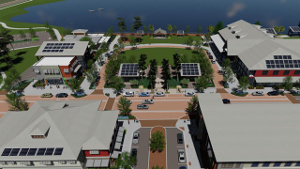 Babcock Ranch, a Florida planned community, will officially unveil the proposal to become the country’s first fully solar-powered city. The plans will include mixed-use facilities in addition to homes, and the developers expect to build out the community over a period of up to 25 years.

What Can You Do?

There are plenty of opportunities to make an immediate impact as well as a long lasting impact on mother earth during the celebration. Here are just a few quick examples:

Organize events. Gather with groups to clean up your neighborhoods and community spaces.

Teach children more about their planet and how to protect it.

Find entertainment for your friends and family that will focus on the earth and environment.

Create recycle drives that can last long after the event.

Communicate with businesses through letters or petitions, making them aware of the social value of being more responsible about their impact on earth.

Communicate with elected officials in honor of the day, offering suggestions or requests.

Many people have started to honor the earth by turning off lights at a predefined hour during Earth Day (some call it Earth Hour). And it doesn’t have to be boring. Eating a candlelight meal or telling kids ghost stories are just a couple of examples of exciting or fun things to do.

Some Examples of Things To Do in Ohio

Party for the Planet at Cleveland Metroparks Zoo. Families can visit their favorite Zoo animals and exhibits, see a special preview of the summer live animal show with Professor Wylde, and enjoy educational activities that focus on animal conservation efforts.

Garden Station is once again celebrating Earth Day. On Saturday, April 23, they are hosting Go a Shade Greener –- a grassroots, community volunteer-run festival.