Does Photovoltaic (PV) solar work when the utility grid shuts down? 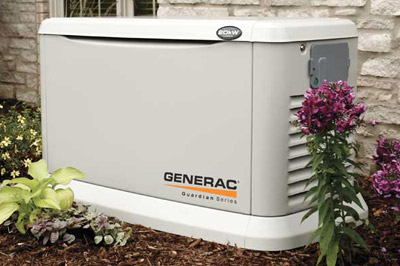 One of the questions most often asked by homeowners and commercial building owners who are interested in going solar is, “Will my solar power system work when the utility’s electric grid goes down?”

For safety reasons, all battery less Grid-tied PV solar electric systems; the simplest, least expensive, and therefore, the most often installed of residential and small commercial solar systems, will automatically shut down in the event of a utility power outage. This is to prevent live PV systems, each of which could be generating hundreds of volts, from back-feeding into the Utility’s grid while line workers are performing repairs nearby.

While most utilities do experience occasional outages, for most of us, it’s not that big a deal, as long as it doesn’t last more than just a few minutes.  Beyond that, we lose patience quickly, and by the time the milk starts to sour we’re taking it personally.

For some though, it’s more serious than sour milk; it’s absolutely critical that they not lose power.

Fortunately, there are options:

If you’re in an area that experiences few power interruptions and you are not all that concerned about outages, installing a battery less Grid-tied PV solar system is a great option. While installing this type battery less solar electric system on your home or commercial building won’t provide power when the grid is down it will save you a lot of money when the grid is up and running, which is, knock-on-wood, most of the time. Plus, going solar will reduce your contribution to the atmospheric carbon dumping race that the world seems to be engaged in, and that nobody wants to win.

For those who are a little more anxious about their utility’s ability to provide steady supply of electricity, or those who live in areas more prone to brownouts or blackouts, and want to give themselves a buffer from a direct outage, there is the option of adding enough batteries to your PV solar system to keep a few necessities; i.e., the fridge, the furnace fan, some lighting and the beer cooler going for a day or two.  Typically, the sun will come out within that day or two to replenish your batteries enabling you to sustain power for another round and hopefully the grid will come back up within that time frame so that you’ll not end up with sour milk. This buffer, while providing short-term security and independence does add to the complexity of the system, and therefore, comes at a cost.

And then, for those who absolutely must not lose power, or those with other long-term power disruption concerns, the next step is to create the complete independent electric generating system by adding an automatic backup generator* into the mix.  The combination of a PV solar system with batteries that are replenished when the sun comes back out and an energy efficient, automatic generator that uses very little of either natural gas or LP gas, the costs for generating electricity for your home or commercial property would be practically zero for the next 25-30 years, and you’d never have to worry about power outages again.

In addition to providing PV solar, with or without batteries, Yellowlite is now offering Generac automatic and portable backup generators in a variety of sizes to fit virtually any demand.

*While the Generac automatic backup generator does indeed fit well in the complete independent electric generation system package described above, it can also be installed as a stand-alone power backup system.

Please contact us at Yellowlite and we will be happy to discuss the many affordable, independent energy generating options we can provide.