"I was searching for a year or two before I found YellowLite. I was going to home shows, doing research on the Internet. One other company came out and insisted I do a ground mount, but they didn't sound convincing. I was much more impressed with YellowLite. They had a much more professional website and sales staff. They agreed with me that I should do a rooftop system. I don't mind trees being cut down to make sure I get enough sun."

"We've taken out some trees to maximize the sun. We took some trees out on the east side of the house to get the morning sun."

One of the concerns that Mr. Muenchow first had was how much sunlight would get through to his array with the trees there. But in a wooded area, he had no problem targeting specific trees to cut down to make sure his array would be unobstructed.

"I have a really efficient wood burning furnace in the basement so I'm using the trees I cut down to heat the house. So in the winter that will definitely keep my heating bills down."

Mr. Muenchow's 6.2 kW solar power system is powered by 20 Canadian Solar CS6X-310P 310 watt panels with up to 16.94% efficiency. He has two Sunnyboy 3000 TL string inverters with 97.2% efficiency. His solar energy system generates just over 8,000 kWh of electricity per year. This is enough power to offset the burning of four tons of coal per year. At $0.13 a kWh that means he is saving nearly $1,100 off his electricity bills per year. The panels have a power performance warranty of 25 years. Asked what type of return he is getting from his solar array, Mr. Muenchow said, " My payback period is about 11 to 12 years." 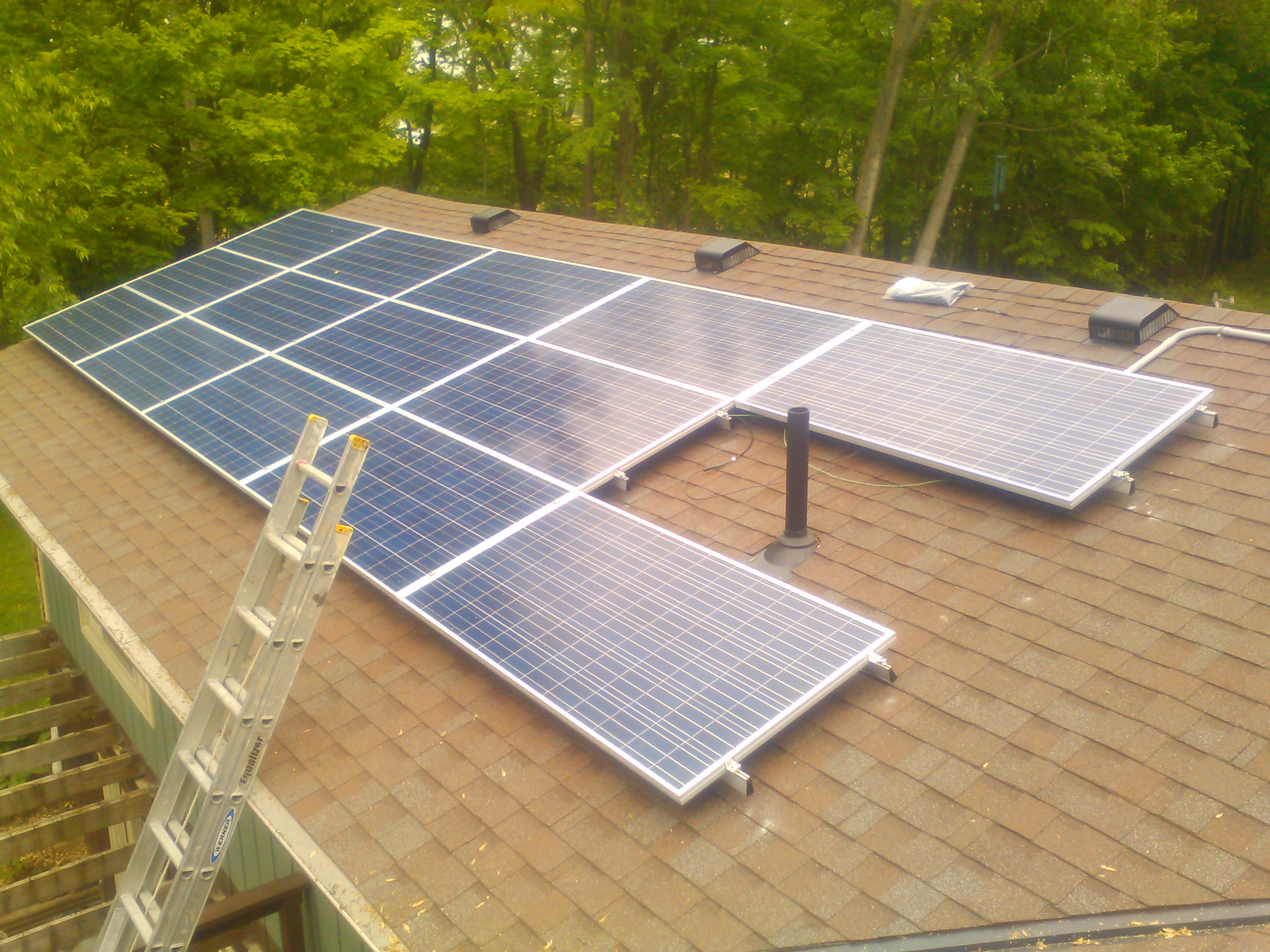 The equity that has been added to the Muenchow's house is approximately $18,500. It should be noted that the added equity value to your property is based on a rate of $3.11 a watt from the latest research but it is always a good idea to contact your realtor.

Bill is also environmentally conscious and is happy to hear that he is offsetting more than four tons of coal per year. "I recycle and I'm concerned about the environment more so than most people."

Now is the best time to go solar, as Mr. Muenchow has seen firsthand. "In summer you get a lot of production and in winter you get less. Now that I've completed my first full year, I can say that my single best month has been June." Bill added that he achieved a nearly 100% offset for the month of June.