Are Tesla Solar Shingles The Future Of Solar Installation?

On November 17, 2016, shareholders for Tesla and Solar City will vote on the pending merger between the battery and car manufacturer and the nation's largest residential solar installation company. Just recently, on October 28th, Tesla unveiled its new solar roof tiles. The tiles are just that, replacements for roofing shingles that come in four distinct colors: Textured Glass, Slate Glass, Tuscan Glass, and Smooth Glass. It is the hope of Tesla that they can make solar more aesthetically pleasing as well as extending the life span of roofing materials while keeping electricity efficiency high. 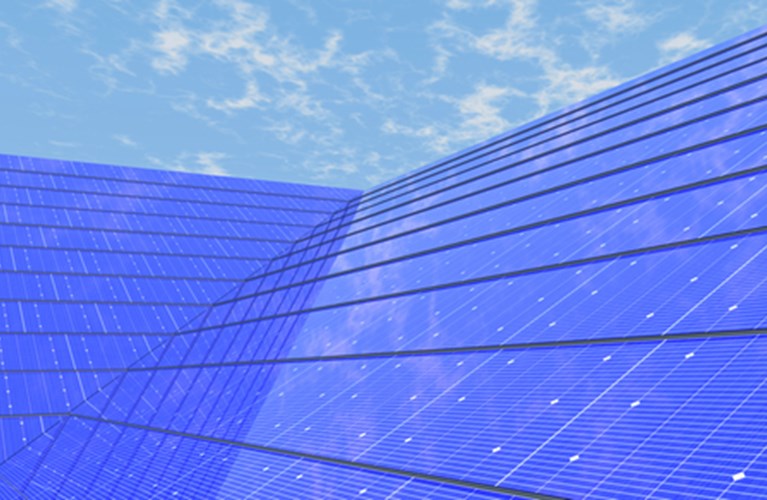 The value is installing a completely integrated roof product that offers weather protection to a house while producing electricity. Tesla is expecting the amount of electricity consumed the world over will triple over the next few decades. As roofs wear out over the course of time they are banking on homeowners to replace the roof with their solar shingles. They are also counting on homeowners to combine their solar shingles with a Tesla automobile as well as having a Tesla Powerwall for energy storage.

There is a difference between rooftop solar panels and a roof that is made up of solar panels. Tesla is not the first company to try to sell a roof that is made from solar shingles. Dow tried the same concept, could not find a market for a variety of reasons (mostly due to a lack of panel efficiency), and eventually scrapped their product line. So this has been tried before. But now the combination between Tesla and Solar City is looking to succeed where others have failed.

What are some of the benefits of Tesla solar shingles?

The biggest benefit would be one of aesthetics. A lot of people simply do not like the way that solar looks while mounted on top of homes. The main cause of Homeowners Associations turning down neighbor requests to install solar is because of aesthetics. They are afraid the panels will cause surrounding property values to drop because some people might see them as an eyesore.

It is the opinion of YellowLite and the author of this blog that solar is beautiful. However, there is no denying the fact that Tesla solar shingles look exactly like regular rooftop shingles. If you were driving by a house with solar shingles you would not even know they were solar in the first place.

The second major benefit would be one of durability. The Tesla solar shingles, “...will actually be more resilient than traditional roofing materials, including terra-cotta, clay and slate tiles. That's because of the toughness of the glass used in their construction, according to Musk....” Here is a link to a video showing a demonstration from the website Techcrunch where Elon Musk drops a kettleball on the panels without the panels breaking. It is truly a sight to behold.

Telsa has made the claim that his line of shingles has a 50-year lifespan. When you consider that there are four to five million new roofs installed in America every year, and between 80-100 million world-wide the potential for business is incredible. The average lifespan of a roof is anywhere between 20-50 years, so Tesla is claiming his shingles will be more at the higher end of that spectrum.

What are some of the concerns of Tesla solar Shingles?

Far and away the biggest problem with solar shingles is whether they can deliver the efficiency that conventional solar panels can. First, solar shingles lie flat on the roof instead of jutting up from the roof at an angle to capture the sun's rays at the ideal angle. So the slant of the roof limits the system efficiency from the start.

The second main problem with the solar shingles is that they are tinted different colors. The color tint will necessarily block out a certain percentage of light spectrum from entering the panel and starting the electron reaction from occurring which generates electricity. There will be efficiency losses here.

Now, Musk claims that the, “...tiles have 98% of the efficiency of traditional rooftop solar panels, and they'll be able to produce nearly the same amount of energy per square foot.” It is difficult to know what to think about this claim and whether it will stand up to rigorous testing. Standard solar panels are around 16% efficient. YellowLite's “value” brand is Canadian Solar which is 16% efficient. Premium solar panels can range from 20-22% efficiency. Needless to say, if the shingles can achieve an efficiency rate of around 16% then they will eventually become a blockbuster product.

The other concern would be for houses that have already had a roof replaced in the recent past. If so, getting an entire roof replacement would not be economically viable and standard panels placed as an add-on would be far more feasible.

If the shingle efficiency is not high enough after testing, it will not be worth it to install and Tesla will follow in Dow's footsteps and not make solar shingles a worthwhile investment. If they are equal in efficiency to standard panels, then every roofing and solar installation company will be selling them eventually. At this point, we just do not know what will happen until the product has been tested by industry professionals and subjected to the rigors of a laboratory environment. Time will tell.